Why US Amateur Basketball?

Putting the TRUST back in Amateur Basketball

With US Amateur Basketball answering these questions becomes much easier for teams.  We provide local, regional and national tournaments to give your team a goal to shoot for.   We offer multiple divisions of play to balance the competition level and we work with tournament operators with proven track records.

We are also developing the most cutting-edge tournament and team technology platform in the industry.  The technology creates transparency for our teams and makes attending US Amateur tournaments easy.  Each team receives their own team page where they can manage their roster online.  Teams can also see their records, rankings and how they stack up against other US Amateur teams.

Mike has been involved with grassroots basketball since 2004.  He is the owner of Suwanee Sports Academy, one of the premier multi-court facilities in the country.  Mike is also the founder of HoopSeen.com the the most trusted source for news, recruiting information and rankings in prep basketball. HoopSeen also hosts some of the nation's top exposure tournaments & individual showcases.

Jeff has overseen the growth of one of the largest tournament operations in the country and has been involved in grassroots basketball since 2003.  His organization, Elite Sports, serves 1,800 teams a year and is responsible for overseeing almost 200 tournaments per year in the sunshine state.  Jeff also previously served as the Vice President of USSSA Basketball.  In that role he led an organization with over 10,000 teams nationwide across nearly 40 different states.

Brenda has been involved with Grassroots basketball for nearly 2 decades and has operated tournaments in Tennessee since 2001.  Her annual Tennessee Miracle tournament draws teams from around the country and is a must stop each year for many teams.  Through Brenda's experience with Girls basketball over the years she has always built great relationships and partnerships.  Along with serving as our State Director for Tennessee Brenda will be developing the girls program by supporting and developing other girls state directors in the growing US Amateur Basketball network. 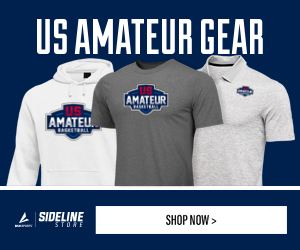